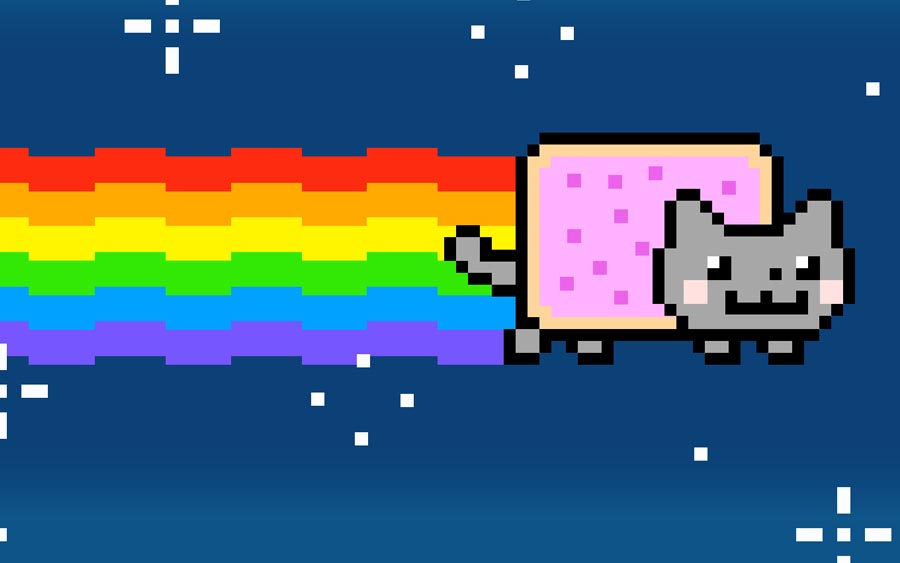 Got a favourite song stuck in your head? Or maybe just a few seconds of your favourite movie? Enjoy it in it’s full 10-hour looped glory on Youtube right now and help procrastinate from whatever important things you were doing today. Tempt yourself with Nyan Cat 10 Hours to start your day.

When did Nyan Cat come out?

It all started with a Youtube user named TehN1ppe who uploaded the first 10-hour video on 29th April, 2011 which was Nyan Cat 10 Hours which as of writing this, currently has 46 million views. This upload gave way to the 10 hour challenge where users would dare their friends or family to watch 10 hours of the same video non stop, filming themselves watching it; uploading the 10 hour video.

While TehN1ppe kept uploading more and more 10 hour videos, so did the rest of the world as the craze spread and there are thousands of 10 hour videos on Youtube right now. Unfortunately for TehN1ppe this all came to a grinding halt due to one particular video – 10 hour Bird is the Word. This is a cut of the famous song from The Family Guy cartoon which ended up with FOX Studios, the creators of Family Guy filing for copyright infringement and TehN1ppe’s Youtube account getting a ‘copyright strike’. This restricted his account to uploading only 15 minute videos, thus ending his 10 hour video career.

Fun fact: it takes TehN1ppe 12 hours to upload a 10-hour video, according to a Youtube comment that he answered one of his videos.

So if you have 10 hours (minimum) to spend today on Youtube, we’ve compiled the Top 10 best 10 hour Youtube videos for your procrastinating pleasure.

The video “Nyan Cat 10 hours” was first published on YouTube on April 5, 2011. The original GIF came from the website of artist Christopher Torres. The name Pop Tart Cat comes from him because that’s what he originally called it. The video combined a Japanese pop song with an animated Pop Tart cat for the trunk that flies through space and leaves a rainbow trail behind. The video ranked 5th on the list of most viewed videos on YouTube in 2011.

And when this video was created, the original Nyan Cat 10 hours has over 148 million views! Nyan Cat became so popular that he inspired new fans to create their own remixes.

The “Nyan Cat” video was ranked ninth in the top ten viral clips of Business Insider in April 2011, with a total of 7.2 million views. The original YouTube video received over 180 million views from August 5, 2020. In 2012, Nyan Cat 10 hours received the Webby Award for “Memory of the Year”.

Due to the popularity of the video, many new remixes and cover versions were made, several hours. Ringtones, wallpapers and applications for operating systems and devices were also created.

The easy way to manage sales tax in WooCommerce

Get all 50 US state’s sales tax rates in one handy CSV file. Instant download, install in 1-click.
Learn More

What is my screensize?

How to upload your WooCommerce tax rates CSV

Redesigning the world’s most iconic websites.